Painting and Wallpapering Around Chaos: Tips for Parents and Others

How To Change Perceived Ceiling Heights Through Painting

You might have low or high ceilings in your house, and that is not something you can easily change. What you can quickly change however is the perceived height of your ceilings. By painting the ceiling a particular color in relation to the walls, you can create the illusion of a lower or higher ceiling. It is all in the eye of the beholder.

If the walls are relatively dark, minimize the break between the walls and ceilings by painting the ceiling a shade or two lighter than the walls. Again, a sharp contrast—painting the ceiling white for example—will tend to make the ceiling feel lower. Even though in general light colors distance an object and deeper colors bring it closer, in this case, your primary focus should be to create a vertical flow from walls to the ceiling.

This is like dressing for your body shape, when you draw attention to your good points and deflect attention from your not-so-good points. Your main point of attack when 'lifting' your ceilings is camouflage, deflecting the eye away from the not-so-good low ceilings.

If you have high ceilings, you might want to minimize the sense of height to make the room cozier. Because dark colors draw objects closer, painting the ceiling a darker color in relation to the walls will effectively 'lower' it. If the walls are light colored, create strong contrast and drama by painting the ceiling strikingly dark. Alternatively, simply paint the ceiling a couple of shades darker than the walls for an illusion of a lower ceiling.

When 'lowering' a high ceiling, you are not deflecting attention away from the wall–ceiling break, which is the method for camouflaging low ceilings. You don't want to create a long vertical flowing line from floor to ceiling. You are just relying on the principle that darker colors seem to draw things closer.

If the walls are relatively dark, you can paint the ceilings the same color, but don't go darker, as this can create a cave-like effect, making for a boxy room.  If the walls have crown moldings, one option is to paint them a different color to the walls and ceiling to avoid a boxed-in feeling.

A coat of paint is all that is needed to heighten or lower your ceilings—no major construction is required. Just remember to camouflage the horizontal break between the wall and ceiling to elevate the ceiling and to darken the ceiling so bringing it closer to lower it. An interior painting contractor should be able to provide advice on how exactly you can go about doing this. 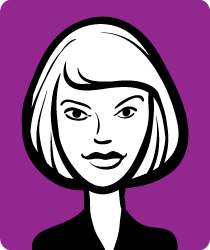 Welcome to my blog, My name is Sarah. I have five kids, eight chickens, three dogs, a kitten and several animals in cages. It is certainly busy and chaotic, but I love my 'circus'. However, it makes one of my favourite hobbies, decorating, fairly challenging. However, I love to live in beautiful spaces, and as I crave change on a regular basis, I am always keen to repaint or put new wallpaper in parts of my home. Through research, trial and error, I have learned to paint, wallpaper and decorate around and through chaos. If your home is busy, don't let that stop you. Just check out my posts for tips and ideas.